Energy equals mass (m) times speed of light (c) squared. In the massive power of the atomic bomb, some of the mass of uranium gets converted to energy. Much of that energy is gamma rays, which are photons of high energy light. The Einstein equation allows us to figure out how much energy is can be generated from the mass. It could also be interpreted as how much energy is needed to create a certain amount of mass.

Because on earth from this model there is not enough power source available from the seen “mass”, there are huge facilities of “power plants” that can accelerate particles and smash them into targets and make gamma rays. In the same example we have NAA which have built machinery (frequency fences, reversal electron machinery, etc) which treats the natural energy fields of the earth in the same way. In order to use, direct or siphon the available energy of the quantic field of the earth, machinery has been installed in the planetary body in the levels of the architecture to manipulate the spin, ratio or yield of energy potential generated within the electron, proton and neutron. What we see on the surface of earth through nuclear power plants, etc. is also similarly represented by NAA machinery and bi-wave architecture placed to control the natural power source of planet earth, her kingdoms and inhabitants.

Here is a sample of how dead light is created through applied force of particles: 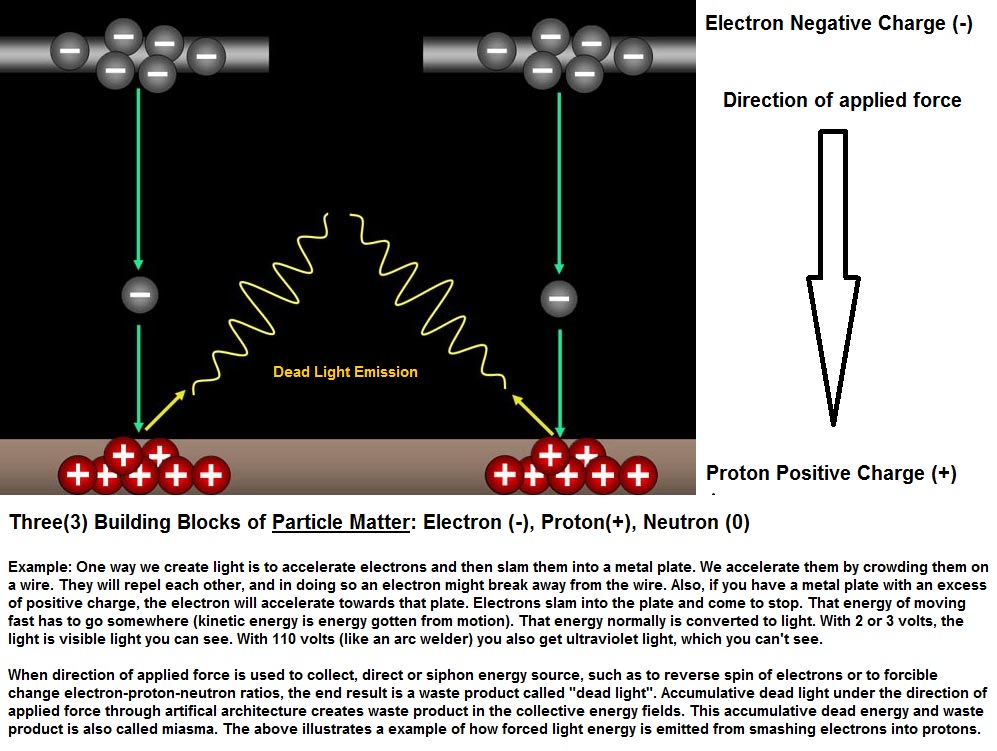 However, these three particles become building blocks for all the elements (atoms in each element) that are on the earth and beyond. This is a constant, however we can rename these three elements even through they are fundamentally the same, due to the changes measured in their angle, rotation and spin - which changes in EVERY DIMENSIONAL PLANE or Harmonic Universe. This is what modulates frequency. Note the same structure of Triad that exists in every level.

Additionally, all light or colors that you see are the result of movement by electrons. When electrons slow down or stop, they give off light including visible light. When these electrons are manipulated they alter and change the visible light spectrum. The protons, electrons, and neutrons in the atoms of your body, could be exchanged with any protons, electrons, or neutrons from anything in the universe, they are identical. What does change depending on the dimensional field is the quality of polarity between the proton, electron and neutron, that which we describe as the energetic potential of a field with a specific vibrational frequency. The nature of the quality or gradual shifting of polarity between these forces has measurement which quantifies the variation of frequency and vibration.

Let’s look at the nature of an Electron (male) and Proton relationship (female) as a part of all atoms in matter. In the particle world of matter the polarity charge is the reverse of the pre-matter level. Note that electrons are attracted by natural force to protons and begin to create orbital spin around the proton. It is the rate of that spin,orbit and its ratio which determine the charge level of its polarity relationship to the proton. That spin potential can either create waste product of dead emissions or activate the neutron in the proton into alive emissions.

Protons very close to each other feel a new force called the "Strong Nuclear Force." That force causes protons to attract each other. Being neutral, neutrons normally have no effect on protons, but when they are very close, they attract them strongly with the same "Strong Nuclear Force." In short, neutrons help hold the protons together in the nucleus of the atom. Neutrons are not electrically charged, therefore illustrate the term neutral even when generating a strong nuclear force. This holds an incredible amount of power potential.

Here is carbon atom, the base of all planetary biology. This is what the human body is composed of at this time on the 3D earth. It has six protons, six neutrons, and six electrons. You can see that there are four outer electrons and spaces for four more electrons. This is similar to Tinkertoys, which had blocks that had eight holes around their perimeter. From this picture you can see that carbon could accommodate four electrons and share four of its electrons. 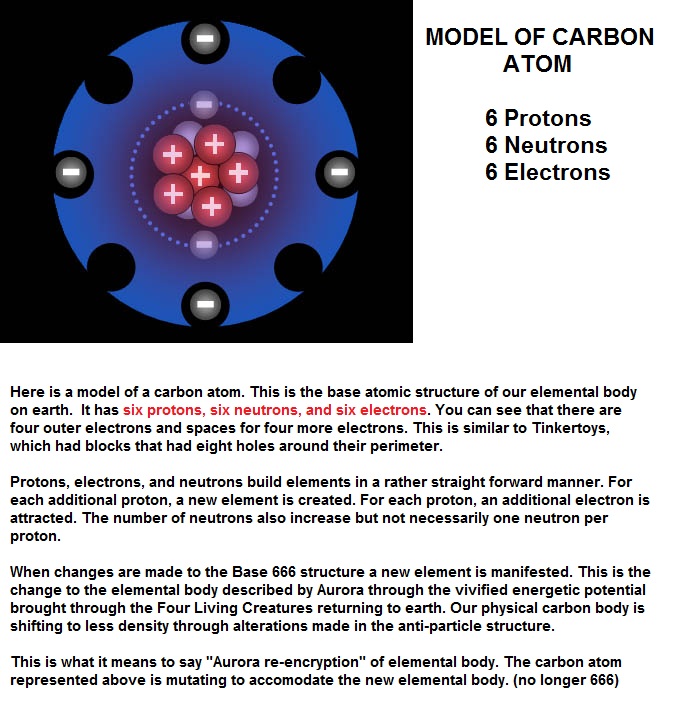 Protons, electrons, and neutrons build elements in a rather straight forward manner. For each additional proton, a new element is created. For each proton, an additional electron is attracted. The number of neutrons also increase but not necessarily one neutron per proton. Even though the building of elements is simply adding one proton, one electron and usually one neutron for each new element, the properties of elements can change dramatically and provide a wide range of building blocks. This helps us to understand that when we add or change the amount of protons in our carbon based structure the potential of creating new elements and compounds for physical matter is made possible. This is the chemistry behind the shift from carbon based biology to less dense states of matter, such as silicate. The silicate minerals make up the largest and most important class of rock-forming minerals, constituting approximately 90 percent of the crust of the Earth. This gives humanity important clues that are natural formation is silicate and not carbon, however the NAA has reversed the electron-proton fields in so that we degenerate into more dense forms such as carbon and slag. In this way is to comprehend our molecular biology is “compacting” under the strain of this force of this imposed “pressure” placed on our biology, which is a part of our overall multidimensional consciousness.

In consideration of this brief summation of a very complex topic, this brings us to better understand the context of which we apply the word polarity and that the same building blocks exist in the pre-matter levels of the anti-particle field : 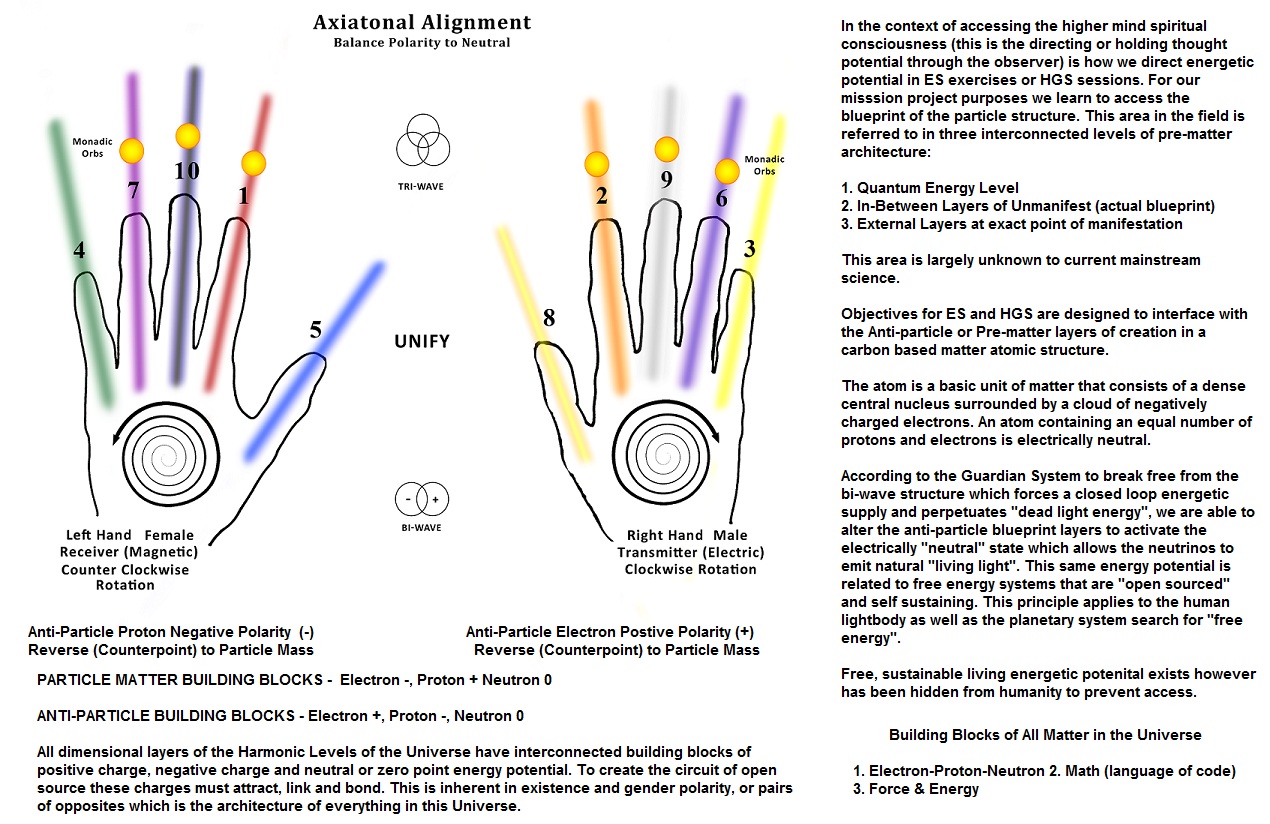 So in summation the phenomena of dead energy, dead light or false light emissions is generated from inorganic machinery which applies directed forces to interact, disrupt or interfere with the electron, proton and neutron relationship potential. That potential is hard to quantify in exacting terms which our linear mind will mathematically equate a "value".

However, the ego structures are a part of the inorganic machinery of mind control which has been introduced to the planet, as a means to not only control this energetic field, but to also suppress collective consciousness through mind control structures that most humans believe is their identity. This was accomplished by interfering and manipulating with the building blocks of particle matter through their "unseen invasion" perpetrated through the anti-particle field of instruction set. (morphogenetic fields). By reversing electrons and changing the magnetic field through the logos, they alter the blueprint, they create a variation of schism between the natural balance represented through these natural forces of creation. It is that imbalance and the degree of its schism which will reflect the same degree of distortion, disease, miasm and mutation in the species of our planet. It is this dead light, dead energy, and its array of waste products that are a result of this interference. 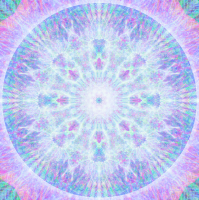