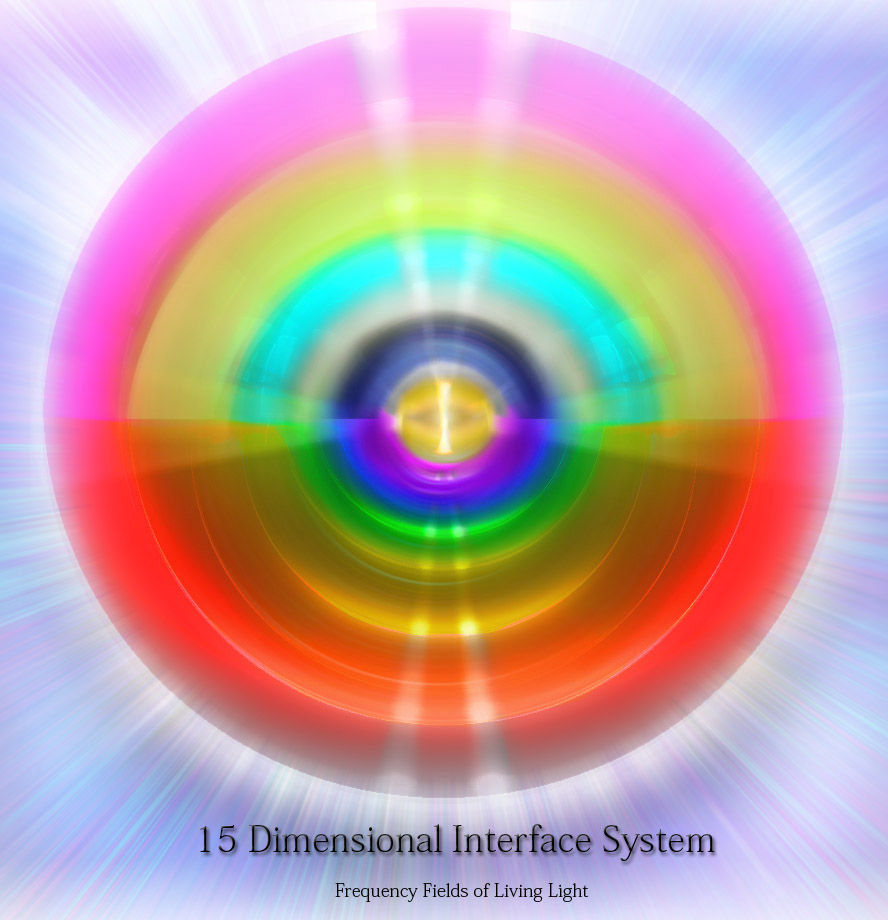 Our reality is a consciousness hologram. Holograms are manifestations of the properties of light, how light is produced and transmitted and how it interacts with itself. The Universe is a time matrix consciousness hologram. Reality is projected as illusion of timelines within the hologram. Our hologram is composed of grids of instruction sets (morphogenetic fields) created by the source consciousness then projected into awareness by electromagnetic energy at the physical matter and anti-matter level. The hologram is created and linked through a series of web networks, or multiple layers of grid matrices based on the patterns of Sacred Geometry or Creational Code Language. The Universal Hologram has an Alpha and Omega which includes all time cycles as beginning and ending simultaneously, as multidimensional consciousness evolves throughout the alchemy of time and space. As the grids collapse, everything within the hologram will collapse, helping to understand what is going on in the world today at the end of the Ascension Cycle.

The human body is a holographic light projector. The human central nervous system processes electrical impulses transmitted from the DNA code which further neurologically transmits to the brain the instruction sets to perceive external images as a context for reality. A person can only experience the levels of (multidimensional) reality that have been programmed into the DNA code and the personal 12 Tree Grid, the holographic template.

If we understand holograms of refracted light, we can begin to understand the holographic architecture placed in the consciousness fields to bend or control the refraction of light and sound within an Inorganic state of being. An inorganic state is defined as a state that was artificially built by an extradimensional entity (N.A.A.) with the aim and goal of subversion, infiltration and enslavement of beings subjected underneath its realm to its own “reflection of light”. All of these Ego Filters, Collective Archetypes, Addiction Programs, Mind Control Structures, Alien Implants, are examples of inorganic refractions of holographic architecture that were artificially built in dead energy structures through frequency manipulation. This is how they were able to invade the planet without being physically seen and detected by the spiritually oppressed human masses.

By superimposing these refracted light spectrums to be directed at the whim of the “controlling entity”, through its hidden agenda – the entity can create overlays of perception, overlays of identity, and this is the means of alien mind control of which has been discussed fervently many times before. This is called a holographic insert. By controlling perception of identity, one can control the consciousness of the identity and eventually through subversion of the original identity, possess the beings body and mind to become subservient to an agenda that is neither organic nor natural to the soul.

We are able to change, alter and adjust refracted light patterns through the compassionate witnessing of these patterns thereby applying pure love through our spiritual body consciousness to remove harmful frequency devices.

When we apply consciousness with intent, when we apply change in the frequency structure and we direct it throughout our bodies, we can remove, alter and clear artificial refractions of structures that impact our personal hologram. The HGS system is designed as a roadmap to reclaim the Christos Body (the Risen Christ through Sacred Marriage with the Trinity or Hieros Gamos) through the removal of artificial Alien Machinery, dead, inorganic, refracted light holograms that have been used to enslave and torment the human race for thousands of years. This is entirely possible however most of us will need mental discipline, the reeducation to remember our original language and a context to apply frequency alterations with the Krystal Star/Christ consciousness intent.

If you look at holograms from different angles, you see objects from different perspectives, just like you would if you were looking at a real object. Some holograms even appear to move as you walk past them and look at them from different angles. Others change colors or include views of completely different objects, depending on how you look at them. Holograms have other surprising traits as well. If you cut one in half, each half contains whole views of the entire holographic image. The same is true if you cut out a small piece -­- even a tiny fragment will still contain the whole picture. On top of that, if you make a hologram of a magnifying glass, the holographic version will magnify the other objects in the hologram, just like a real one.

The holographic principle is a property of quantum gravity and string theories that states that the description of a volume of space can be thought of as encoded on a boundary to the region—preferably a light-like boundary like a gravitational horizon. First proposed by Gerard 't Hooft, it was given a precise string-theory interpretation by Leonard Susskind who combined his ideas with previous ones of 't Hooft and Charles Thorn. Thorn observed in 1978 that string theory admits a lower-dimensional description in which gravity emerges from it in what would now be called a holographic way.In a larger sense, the theory suggests that the entire universe can be seen as a two-dimensional information structure "painted" on the cosmological horizon, such that the three dimensions we observe are only an effective description at macroscopic scales and at low energies (frequencies). Cosmological holography has not been made mathematically precise, partly because the cosmological horizon has a finite area and grows with time.A hologram is a three- dimensional photograph made with the aid of a laser (or photons). To make a hologram, the object to be photographed is first bathed in the light of a laser beam. Then a second laser beam is bounced off the reflected light of the first and the resulting interference pattern (the area where the two laser beams commingle) is captured on film. When the film is developed, it looks like a meaningless swirl of light and dark lines. But as soon as the developed film is illuminated by another laser beam, a three-dimensional image of the original object appears. The three-dimensionality of such images is not the only remarkable characteristic of holograms. If a hologram of a rose is cut in half and then illuminated by a laser, each half will still be found to contain the entire image of the rose. Indeed, even if the halves are divided again, each snippet of film will always be found to contain a smaller but intact version of the original image. Unlike normal photographs, every part of a hologram contains all the information possessed by the whole. The "whole in every part" nature of a hologram provides us with an entirely new way of understanding organization and order. If we try to take apart something constructed holographically, we will not get the pieces of which it is made, we will only get smaller wholes.