Something is decidedly amiss with the world we as human beings inhabit, and the vast majority of people are well aware of this. Over many years and particularly accelerated since the advent of the two World Wars, basic values and a simple way of being, living in harmony with others and with nature has all but been replaced with a model of seemingly endless consumerism, escalating conflicts and no apparent improvement to the circumstance of humanity as a collective body.

Almost everyone is aware of the enormous discrepancies in terms of material needs being met to sustain the physical embodiment and despite the enormous amounts of money raised and spent on improving the apparent ‘natural’ yet unfortunate situation of desperation experienced by so many people in this world no real change occurs. And yet it is not for want of generosity on the part of other human beings, each publicised crisis elicits a great monetary and otherwise material response.

Written and spoken language has been turned into something that makes no sense and so we have ‘humanitarian interventions’ with a military response and weaponry that leaves hundreds of thousands of people in areas of our planet dead or permanently maimed, genocide occurs in the name of the rights of one group over another, we have a war on drugs, we fight for peace or for justice, almost nothing is without positioning on one ‘side’ or other. How is it possible to ever bring balance to any situation where such polarisation exists, ‘I win’ and ‘you lose’? No one can be unaware of the extreme disproportion of the distribution of material resources among the populace of this planet.

Division is promoted whether through politics, religion, male and female, educated or without education, rich/poor, sane or insane, everything has its opposite to be exploited and played upon. People largely find themselves in groups that support by and large their view of life, whether it is a family, a company, a group of friends, supporters of a sports team, and so many other examples.  Divisive and separative, creating schism and thus alienation between people.

The same reasons for shocking incidences are repeated over and over again; it’s human nature, human beings are inherently weak/selfish as examples. Yet almost everyone can recall a time of a generous and loving act on the part of another that “restored one’s faith in humanity”. Children do not enter this world divisive and confrontative; they do as animals, love unconditionally and live in the moment.

Anyone who has really observed a child or an animal can see and feel what is real, true and natural, after a time the child begins to ‘learn’ that only certain ways of being are acceptable, this then becomes reinforced through the school system, the system of University and College, and the working environment. Work hard, work longer for the good of the whole, and yet it is blatantly obvious that that does not apply to all.

There is a great deal of information available concerning a ‘global elite’ and references to a ‘secret government’ most often referred to as the Illuminati, and reference to extraterrestrials or aliens that occupy this planet and work with those in  positions of perceived power, there is even a term for this ‘Exopolitics’.

The cruelty and confusion rife on this planet is not human, most people can see that decisions and actions make no apparent sense other than a justification to keep one side ‘safe’ at the expense of the other. So if it is not human where does this come from?

There are a very few people that write of off planet consciousness/species that controls those in positions of power on this planet, two such examples  are David Icke and the late Carlos Castaneda. If much of what happens on this planet appears alien to the vast majority of humanity then perhaps it really is.

There is and has been for many thousands of years an alien agenda upon this planet to isolate for the purposes of ‘fallen races’ (please see ‘Hidden History of Humanity’ for context) this planet and humanity in order to sustain a group of beings that chose to alienate themselves from the natural sources of the ultimate God Source and the natural laws of the Universe exemplified in the Law of One as a template or blueprint for life on this planet and as universal or cosmic citizens.

It is appreciated that such a view goes very much against the established grain, but since the established grain of expert science, politics, allopathic health care, religion, and education have for so long failed to deliver a kinder and more loving world that human beings wish to experience then there is something standing in the way or blocking that natural human expression.

When researchers suggest that there is an agenda that does not have the good of humanity at heart there is most often disbelief that this could be so; empathic human beings try to imagine themselves in a so called privileged position and cannot conceive of wishing to be anything other than philanthropic or caring, finding creative solutions to entrenched difficulties. When this is blatantly not the case for those in these positions it is blamed upon incompetence or certain sections of society.

It takes quite a leap in consciousness to perceive what is taking place on this planet in terms of an ‘Alien Agenda’. It is so that there is an awakening, as people come to a realisation that the systems humanity is deference to, although this has only ever been voluntary if we did not but realise, are grossly flawed, and a sadness and frustration comes in with a desire to take action to confront these apparent injustices. This though has occurred throughout many generations with little if any actual change and the Alien Agenda is more than capable of capturing movements and initiatives to create an even tighter prison, an illusion of freedom where none exists, only a larger field of containment. People become tired and discouraged and eventually either go back to their lives to keep their families safe, or to become wedded to a cause.

When one truly begins to explore and appreciate the lengths to which the Alien Agenda has permeated the structures on this planet, shocking though it may be, it begins to create a context in which to understand why there is so much pain and suffering here and it also allows us to have some compassion for those in apparent positions of power who are not wholly in control of their actions. 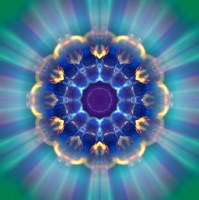